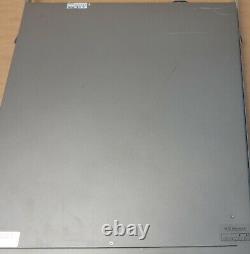 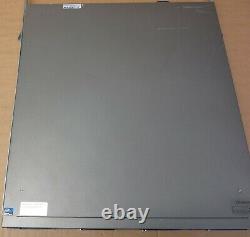 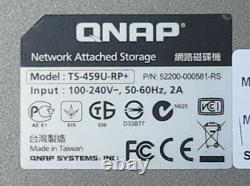 The Turbo NAS is integrated as a powerful all-in-one application server, which requires no extra time and efforts for software installation. The server managers can adopt the NAS in many of the system integration projects or office applications quickly. The Turbo NAS is also an affordable solution capable of business-class server applications, secure data backup and sharing, and iSCSI service for virtualized and clustered environment.

The Most Affordable and Flexible Virtualization Solution. The TS-459U-RP/ SP+ is certified as compatible with VMware vSphere4 (ESX 4.0 and above) virtualization platform. The NAS can be utilized as the networked shared storage of VMware virtualization environments and Windows cluster servers. Comparing with traditional SAN (Storage Area Network), the Turbo NAS is a competitive alternative with much lower setup and maintenance costs in an IP SAN. The Feature-rich and Integrated Applications for Business.

The LUNs can be flexibly mapped to, unmapped from, and switched among different iSCSI targets. Secure IP SAN environment deployment - Designed with CHAP authentication and LUN masking, the advanced ACL (Access Control List) offers you the capability to block unauthorized access from the initiators. Designed for virtualized and clustered environments - Comparing with the high cost of Fibre Channel SAN, the Turbo NAS is an affordable system that can be deployed as a storage center for virtualized and clustered server environments, such as VMware and Microsoft Windows Failover Cluster.

VAT IS NOT PAYABLE BY PURCHASERS OUTSIDE OF THE UK. TH 257195 ready dup nas / hdd. This item is in the category "Computers/Tablets & Networking\Drives, Storage & Blank Media\Hard Drives (HDD, SSD & NAS)\Network Attached Storage". The seller is "itinstock" and is located in this country: GB.